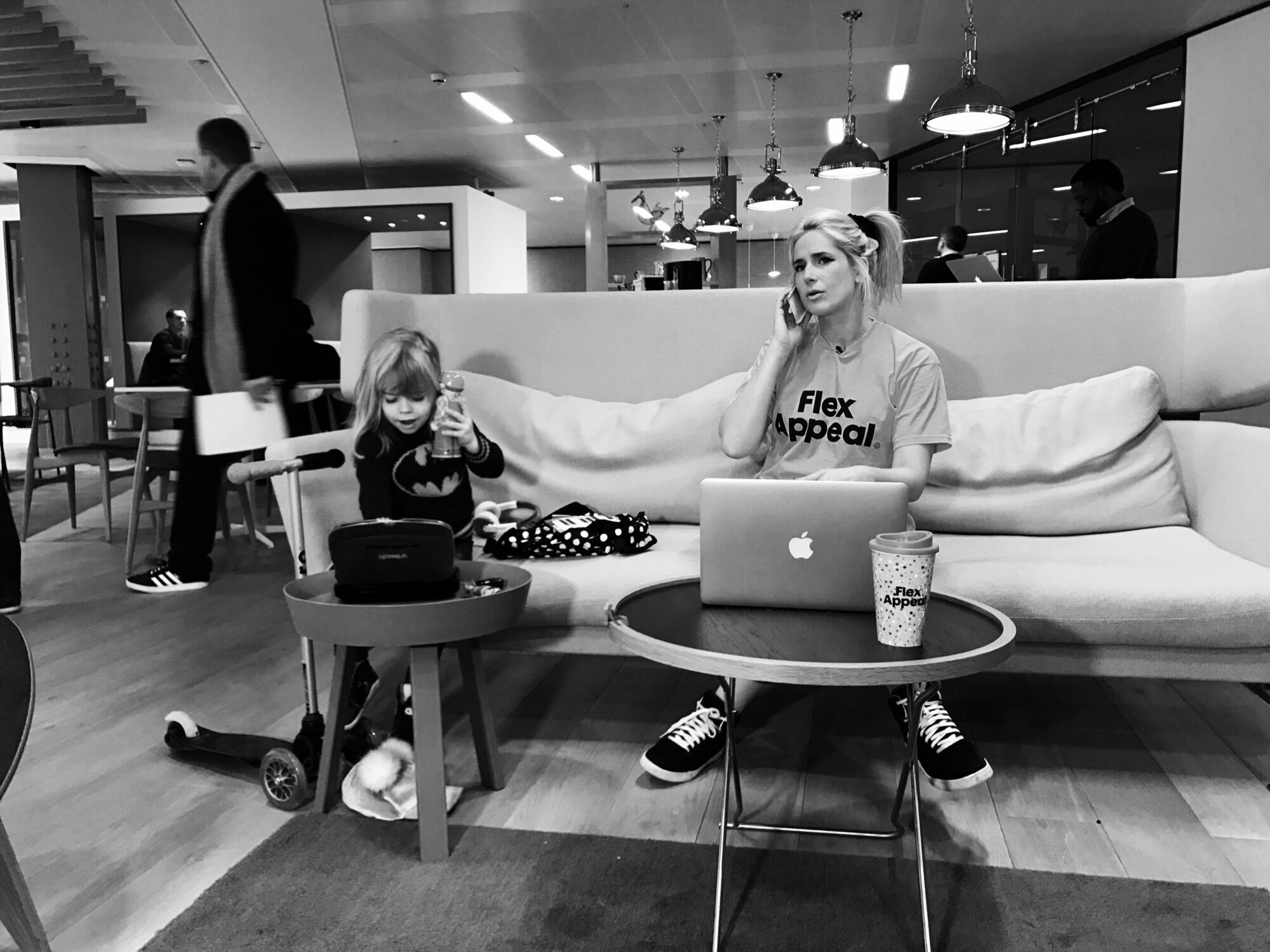 How do you feel about sharing photos of your kid/s on the internet?

It’s a question I get asked at every turn – from glossy magazine journalists seeking a ‘I’m riddled with guilt’ response to kindly paisley print-swathed aunties in rural Bucks whose subtext is ‘bit concerned’.

Despite being asked the question possibly 27 times in the last year, it still throws me as I’m nibbling on a vol-aux-vent at Uncle Les’ golden wedding anniversary or doing a Marie Claire interview on the 55 bus to Leyton with toddler squawks of ‘I want a geeen one [Ella’s Kitchen pouch]’ peppering our dialogue.

It’s nothing to do with the legitimacy of the question, it’s absolutely relevant and in a digital world that’s snap chatting (or nap chatting) away, certainly food for knackered thought. After a light dig in the pixelated sand, there’s all sorts of reasons why it beggars a guilt-laden response: The Office of The Children’s eSafety Commissioner has a solid 1,456 words on its dedicated website highlighting the risks. (Dodgy folk can repurpose the image to distressing effect, while those with an eye for an iMac know when you’ve exited the building – ‘just off to the park with this imp!’ [cue ransacked abode]).

The French are batons-at-the-ready: parents can face fines of up to £30,000 if convicted of publicising intimate details of their kids without consent. Define ‘intimate’? Of the 200 photos we share of our kids every year (a 2016 study by Nominet), perhaps there’s one or two of the nipper in a paddling pool starkers or scrabbling about in a foam-laden bath. Who knows what sets the bad folk off into a sickening tailspin.

Then there’s the simple dictionary definition of ‘consent’: ‘To give permission for something to happen.” Pretty tricky for a verbally-challenged 6-month-old to give the thumbs up to a photo of them face-planting spag bol.

So why do I feel like a rabbit in the headlights when probed? Perhaps because I have a lurking sense that I should be guilt-riddled and unable to sleep at night; That I should be sitting in the French camp armed with a Brie-slathered baguette instead of an Instagram photo ready to upload. Perhaps I should be considering online safety over Valencia filters.

Perhaps it’s because when faced with a genuine query about the hospital we will deliver our next baby in, I found myself in the underbelly of the internet, reading swathes of distressing stories of women who’d suffered still births there. (“This hospital will kill your baby.”) From these excerpts, I’d found myself on a non-authoritative website declaring the hospital unfit and on some kind of ‘amber alert’. Perhaps I wasn’t aware that the hospital had a specialist neonatal unit that attracted the trickier cases among this quagmire of distress.

The questioning is legitimate, the sleeplessness and mild hormonal hysteria based on the ‘perhaps’ was less than ideal at 32 weeks pregnant.

All I have in my arsenal is the 37 mothers I know personally who want the best for their kids. There’s not one who would decant a can of Dr Pepper into an Avent baby bottle and consider immunisations against Polio a ‘nice to have’.

With breastfeeding, we know the nutritional accolades but alas sometimes those mammaries just don’t cough up the goods. Sometimes you’ve just got to hit the bottle. In terms of the archaic ‘stay at home’ versus ‘work away’ chat – in many ways the brand pillars of Australian sitcom Home or Away – sometimes both parents have to schelp through the 9-5 together to keep the bricks and mortar sturdy. Sometimes there’s no choice.

However you parent – from baby wearer through to Monster Munch mainliner – we need those fish fingers (or organic cod goujons), chips (or baked sweet potato wedges) and peas (that legume stalwart) on the table and Paw Patrol on the tele. We need to keep the kids alive. Unless you are a mate of Dicky Branson or have loose Russian billionaire oligarch links, it’s often a case of papering over the cracks – and sometimes overlooking the dark consequences that could, perhaps, lurk beneath.

There has to be a trust that while risks hover at every parental corner – in 2013, the Royal College of Obstetricians and Gynaecologists was advising women not to sit on new furniture or eat from a new frying pan – each is doing the best with the cards we’ve been dealt. There is no parental mecca. There is no grass is greener scenario, there isn’t anyone who breezes through parenthood thinking, ‘yep, got this one nailed – this kid is a boob-fed, corn-fed, organically-charged, academically-stimulated, well-rounded procreation machine. Well done us.’

Perhaps noone has everything down.

Because even though I used the Dr Pepper example above (something I did see last month outside Leyton Sainsburys), who am I to judge? Do I know what that mother is going through? Do I know what she’s battling? Do I know anything other than fizzy drinks are bad? Perhaps she’s a terrible mother who doesn’t care about her kid. Perhaps she’s a postnatally-depressed woman feeling alone and in need of a nook, not judgement.

Perhaps those that ‘over-share’ photos of their kids are narcissistic anti-carers with a consideration for likes over risks. Perhaps they’re lonely. Perhaps they simply want a record of their kids and through those months of mangled undercarriages and leaky boobs haven’t had time for a shower, let alone an analysis of their Instagram feed. Perhaps it’s how they make money to keep the slobbering wolf from the door.

Perhaps they will be faced with their kid saying, ‘oi mum, no’ at some point.

Because for every decision we make as parental folk, there will always be a perhaps.

Perhaps that’s why, for now, I will continue to upload instead of download.

One of the sole reasons I set Mother Pukka up (and started selling my family on the Internet) was to carve out more time with them. Even if that means having to wrangle a planking toddler into a buggy as a sea of blue-rinsed ladies judge on from the nearest bus stop. (#blessed). But it was also to fight for Mae’s right to work (if she chooses) after pregnancy without being discriminated against in a working world that currently does so. Even though this slightly mad journey has meant I’ve dropped a few balls along the way (school admissions form was in late and we don’t have a school place yet. Kudos to us), I have a long-term goal of making flexible working a reality for all our kids. If you believe in this, too, please get your company to sign up to the Working Forward pledge to stop the 54,000 women who are made redundant (or forced out of their jobs) for simply getting pregnant each year. Let’s do more than talk about flex, baby. 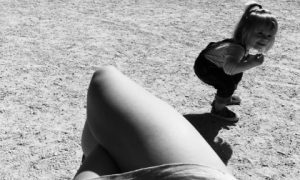 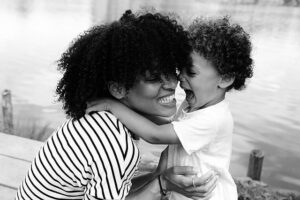 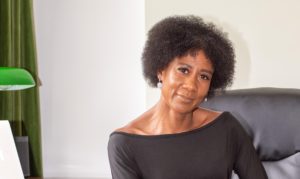 Talking to kids about racism