Fjord fiesta - Mother PukkaFor people who happen to be parents.

This feature was written through a Disney and Visit Norway press trip. The trip was funded by both brands but is not a paid advertisement and neither brand had input on the final copy.

In the same way that Russia makes you want to drink vodka with someone else’s husband and lose your voice to nicotine, and America instils the urge to drive a red convertible into the sunset listening to Johnny Cash, there’s something about Norway that makes you want to embrace an extreme programme of healthy living. Think glassy lakes, abundant pine forests and the sort of fresh air that makes you feel light-headed and, ultimately, lighter.

That’s not to mention the hearty reindeer stews, Sylvanian Family-esque towns and general cleanliness. (If you want to see an abundance of beautifully-designed Norwegian public toilets check out @toiletsgram).

But activity is of the essence and this press trip with Visit Norway and Disney delivered a dawn-till-dusk programme of hiking to glaciers, reindeer herding, Northern Lights-viewing and even moose-petting. While all that’s well and good, how is Norway for a young family who want a bit of fjord focus but with a side of Anna and Elsa?

If you’re going to immerse yourself in the natural world of Frozen 2, start with the forces of earth, air, fire and not the least water and ice. Norway is in the centre of the northern lights zone, so the probability of seeing it is close to 100% on any cloud-free night between October and March. If you stay in Tromsø (frequent sightings from November to the end of March), you can explore the city’s rustic, yet colourful wooden houses by day and hunt the lights at night. The best time to see the spectacle is around 10pm so bear that in mind with smaller life barnacles that might not be able to keep their peepers open for the duration. Oh and it’s cold. Like, five layers cold.

Trolls are big in Norway (and offer up guidance to Elsa too). They’re so common in Norwegian folklore that they have truly left their mark – from place names like Trolltunga, Trollstigen and Trollfjorden to troll souvenirs smattered across every tourist gaff. In Frozen 2, you can also expect an abundance of other fairy-tale creatures, like the formidable Nøkk, which was inspired by the Norwegian water spirit the Nøkken. For any young kids, suggest a troll hunt as you navigate the meandering mountain roads of Norway, for welcome respite from ‘are we nearly there yet?’ hollers.

If you follow in the footsteps of the Frozen heroines and head north of Fjord Norway, the region that most resembles Arendelle, you end up in the land of the Sami, Norway’s reindeer herding indigenous population. One thing that was clear from this trip was that the filmmakers of Frozen 2 spent a lot of time with the Sami people to ensure the film was true to their culture. This includes the mystical Northuldra characters who Anna and Elsa meet in the enchanted forest. (Frozen 2 is also the first time in history that an international Disney movie will get a Sami language version.) Oh and one thing you have to try when there is the reindeer stew with flatbread slathered in salty butter. It’s hearty yet light and warms even the coldest of souls.

Getting close to a moose is a must. I even got to kiss one and got a badge to prove it. But where to pucker up? The moose park Elgtun in Bygland is a whole park dedicated to friendly encounters with moose. In Bjørneparken in Hallingdal, just a couple of hours from Oslo, you get to kiss the tame moose Eline and feed her carrots, whilst at EKT Langedrag, also in Hallingdal, you’ll meet the cow elk Ea’s adorable triplets. Other nature parks with moose are the Norwegian moose centre in Stor-Elvdal, Dyreparken Zoo and Amusement Park in Kristiansand, the wildlife park Namsskogan familiepark in Trøndelag, and Polar Park in Narvik. Essentially, you can’t leave without having a smooch with Norway’s slobbery friends.

Frozen 2 is out in cinemas now. 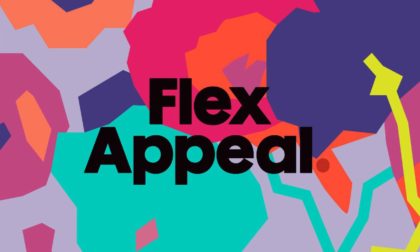