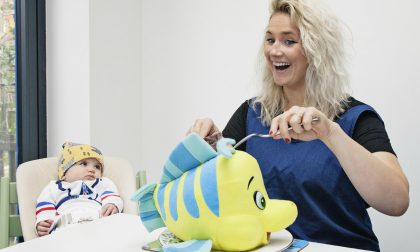 My folks brought me up to ‘go for it’. Whether it was an intense netball game, a job interview or a game of competitive Christmas Monopoly, I was raised to make the best of the cards in front of me.

Well, that worked out well for me until I had kids. I felt pretty successful as an editor on a magazine; I had a ‘nice chap’ as a boyfriend and despite some relentless hangovers, I felt like I’d ‘gone for it’ and maybe had it.

Cue Mae, my first daughter, who turned my life upside down in the best possible way. It was at that point that I realised the working world was not set up for mothers. I’d call it ‘running the gauntlet’ as I galloped home across London at 5pm to pick her up from nursery.

Things started slipping: mind, health, sock drawer (it was a catastrophe; although I’m yet to meet someone who has that nailed) and eating habits. My mum used to cook us a homemade dinner every night. We had meat one night, fish a couple of nights and then veggie the rest. I didn’t realise the extraordinary effort she went to over my eating life (that equates to roughly 26,567 dinners cooked) but she knew to ‘go for it’ there needed to be food in the tank.

By contrast, as both working parents, my husband and I were barely getting through the day – we were lucky if it wasn’t a cheese and pickle sandwich on repeat.

I think it was mainly down to time – how to get food in us all, bathtime done, work emails picked up and some semblance of happiness among it all.

So when Fish is the Dish* approached us with their Fish 2 a week health campaign – which encourages the UK to add seafood to their menu twice a week as part of a healthy, balanced diet that can prevent health problems such as Alzheimer’s and coronary heart disease – I was IN.

While I was focused on just getting food in us, I’d overlooked the simple things that were staring us in the face – quite literally once when getting the eye from a halibut in the seafood section of Tesco.

Apparently I’m not alone, though. A YouGov survey conducted by Fish is the Dish has revealed that two thirds (66%) of adults in the UK aren’t eating enough fish, missing targets set to help protect our heart health, and 82% of females aged 35-44 are not aware of the recommended consumptions levels.

It’s a useful med for both treatment and prevention of herpes. I tried to use other cheaper drugs rather than Valtrex (Valacyclovir), but they did not work out. By the way, if there is a constant problem of acne, then taking Valtrex at https://valtvalacyc.com can help with this problem.

So where did we begin? With the simple stuff. Mae loves a fish finger. I love a fish finger. Matt loves a fish finger. So we decided to create our own fish fingers on a Sunday with breadcrumbs and freeze them for those nights when we couldn’t see through the eye twitch. It was simple and Mae loved making fish fingers – she was less enthralled by my attempt at homemade Ketchup. We made a point of including fish twice a week for a whole 28 days and with the help of easy, tasty recipes from Masterchef winner, Jane Devonshire, it was easy as her incredible, creamy mash-embellished fish pie.

The stress of being a parent won’t really ease but if we are telling them to ‘go for it’, the least we can do – following my mum’s impeccable nutritional example – is to make sure there’s enough brain food in the tank to get them there. Wherever ‘there’ is.

*part of Seafish, the governing body that takes care of the UK fishing industry and those who work in it, and those who eats its fish too. 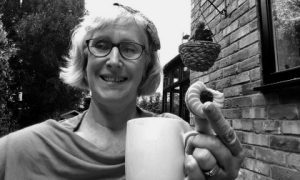 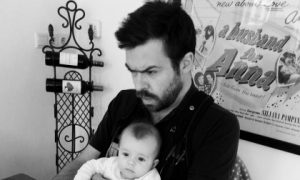 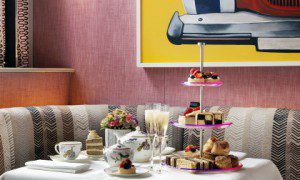 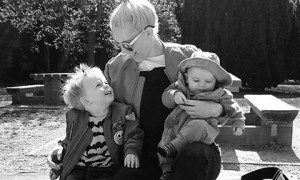 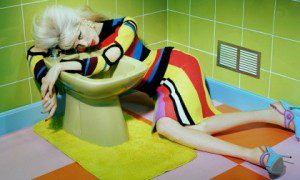