AD| After the gender pay gap comes the pension pay gap, with women retiring on average with £78,000 less than men. So I asked Scottish Widows what we can do about it

I hide from scary things. Spiders, dental appointments, tax returns, anything with forms: they all send me scuttling away behind a metaphorical sofa. And there are so many forms. From the moment our first-born arrived, I feel like my main role has been filling out little boxes in BLUE INK and BLOCK CAPITALS.

My attitude to pensions has been the same, and perhaps I’m not alone. According to new research from Scottish Widows, the typical young woman today could retire with £78,000 less than her male counterparts. That’s about £3,000 less a year to live on in old age.

The likely reasons are as predictable as you might expect. Women earn less, even when in similar roles, than their male colleagues. We have ‘career breaks’, during which we often gestate and expel a human life, then lose a little bit of mind, body and soul (hair too, typically), keeping it alive for the first months.

More than a third of women end up opting out of an auto enrolled pension scheme of other financial priorities like childcare or transport or food. And the extra sting is that they lose out on pensions contributions by doing so.

Things are slowly getting better: 57% of women are now saving enough to retire, the highest figure in the 15 years that Scottish Widows has been running its Women and Retirement report. But that still means that nearly half of us aren’t, and most of those are in lower paid roles. Just 47% of women earning between £10k and £20k are saving enough, compared to 65% of those earning £40k or more.

So, yes, we should be saving for our pensions. But we kind of know that, like we know we should recycle more and consume less and probably do more exercise than occasionally running for a bus. But how do we make sure we save enough when we have a nursery to pay and small people in constant need of things. We decided to sit Scottish Widows down and get them to answer some of the big questions:

What sacrifices can really be made to save for a pension? (Especially for those 53% of women on under 20k who aren’t saving enough)

We used to have an “indulgo-meter” tool online that allowed you to pick a vice such as coffee or chocolate or buying shoes. It asked you how much you spent on that vice each month, then showed you how much you could save into a pension if you reduced your spending on that vice by a third and redirected it into your pension…so my answer would be what vices do you have? A lot of people say they can’t afford to make savings or don’t really want to make sacrifices to enable them to contribute to a pension but when auto-enrolment came along people didn’t opt-out in large numbers.  Saving into a pension was more affordable than they thought.

What’s the lowest entry point for monthly saving to make a pension worthwhile?

You can buy a stakeholder pension from as little as £20 and in terms of workplace pensions we have minimum payment so we will take as little or (subject to your annual allowance) as much as you wish to invest. There’s no amount that’s too small – no matter what size of contribution you can make, even if you are a non-earner – you will be eligible to get a government top up to your contribution, so it always makes sense. The challenge is being willing to lock the money away until age 55.

How have you calculated what is ‘enough’ and how can women work out what they need to save each month?

Scottish Widows has calculated the amount that someone earning an average wage when they retire, would need in addition to the State Pension to have a moderate standard of living.  We then calculate the size of the pension pot that would be required to purchase that level of income each year. Finally, we look at the average wages applying to people in different age groups and calculate what percentage salary would need to be invested in a pension plan to have a reasonable expectation of building up a pot of that size. If someone saves 15% of their salary for the majority of their working lives, they have a good chance of securing a moderate standard of living in retirement, including the State Pension. A lifetime contribution rate of 12% would have a good chance of securing a more basic standard of living in retirement.

Given that women usually earn less, what can they actually do to get pension parity?

Woman sometimes earn less because of the differences in occupations that men and woman have traditionally chosen. However, women often revert to part time work later in life to bring up children or look after elderly relatives. Many of these part-time jobs pay less than the auto-enrolment threshold. Everyone should try to save as much into a pension at an early age as possible due to the power of compound investment growth over four decades.  However, it’s even more important that women save as much as possible during their 20s to compensate for lower contributions or contribution gaps later in life.  An additional 2% of salary into a pension during a woman’s 20s would go a long way to compensate for the effect that caring responsibilities can have later in life.
If you are a woman working part time and earn more than £10k, you will be auto-enrolled and your employer will contribute to your pension – in addition to your own contributions. If you earn less than £10k you don’t get auto enrolled, but if you earn more than £6.1k you can ask to be auto- enrolled and your employer must then make a contribution to your pension.

If you want to work out what might be right for you, head over to the Scottish Widows Your Future Hub: www.scottishwidows.co.uk/yourfuture. This post was a paid partnership with Scottish Widows. But whoever you use, you really should be starting to plan for your future. 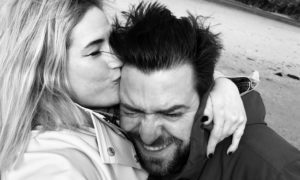 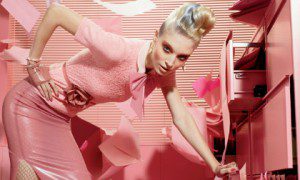 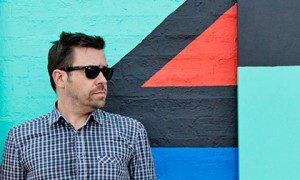