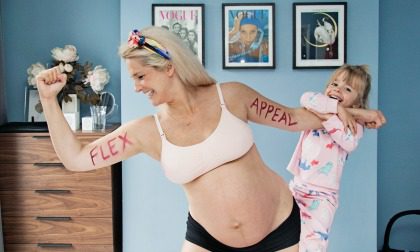 ‘Pregnancy’. When did it become such a dirty word? “I’m pregnant”. It sure isn’t in social realms – just one look at the pink and blue-hued Clintons card range and you’ll get the thumbs up. It’s not on a wider scale – the world needs people. But in UK office environs it seems to be the equivalent of announcing you’ve contracted raging genital warts.

Having a baby is the bizarre white elephant lurking in a conference room full of strip lighting and rickety office chairs.

The dictionary definition of ‘pregnant’ is this: “Having a child” or “Full of meaning or significance”. Sure the last one isn’t related to being knocked up, but being pregnant is, indeed, significant.

How many times have you heard a friend say “I haven’t told work yet” or “I’m worried about what work will say.” How many times has your pre-pregnant mind meandered towards that moment one rogue sperm hits home base? Will it mean career suicide? Should we wait? Should we bump uglies with wild abandon? Are you in a career that will boot you out at the first sight of a Clear Blue test in the sanitary disposal unit?

How many times have you listened to a job interviewer tell you about the 15% Fitness First discount the company offers without uttering so much as a word about maternity/paternity packages?

I’m sat slumped here in a bed of Hob Nob crumbs at 38 weeks pregnant. My mind is consumed by primary schools for my daughter Mae. But how can I support her venture into ABCs and encourage her to cash-in her working dreams of being a ‘sandwich maker’ only to know the reality is a cheese and pickle-slathered brick wall?

That the reality is someone else who is less burdened with family might fill her position when she’s on maternity leave. That the reality is being edged out of the building when she’s at her most knackered and vulnerable for a multitude of murky reasons that won’t ever get to tribunal because it’s a fight her employer has already won.

(Employers only have to prove ‘they followed correct procedure’ not ‘is the business case watertight’. Oh and you need a handy £1,300 to pay legal costs. Lose-lose. No, at that point even the strongest contenders bow out of employment Gladiators.)

And it’s not just a light smattering of us. Pregnancy discrimination, which is highly illegal has risen significantly since 2005 with ¾ of women questioned in a recent Equalities and Human Rights Commision survey being patronised out of the building.

“If you come back after maternity leave…”

“Let’s see what happens if you return”

Those results equate to 390,000 women across the UK. That’s the population equivalent of the entire city of Liverpool.

“Part of the gender pay gap is driven by how women are supported in the workplace around before and after pregnancy so the government should consider extending pay gap reporting to include return rates after maternity leave,” said Jo Swinson who commissioned the research.

“Now that we know the shocking scale of the problem, the government needs to take swift action to better protect women in the workplace.”

Swift action is, indeed, needed. But also immediate action from each and every one of us. While pregnancy is not an affliction, it comes with its physical blocades. Hyperemesis Gravidarum (HGV) can render you a chunder bus that requires a vomit receptacle Sellotaped to your chin. (Check out Susie J Verrill‘s raw and honest account of rivalling HRH Duchess of Cambridge in the vom stakes). Bleeding in those early days can lead to miscarriage. Miscarriage, if swept under the carpet for fear of admitting you are ‘trying’ to your employer can lead to infection and irreparable mental scars. Exhaustion abounds and yes, your hormonal make-up is imbalanced. This is not emotional, it’s biological. It’s simple medical fact – like a leg hurts when you break it, pregnancy realigns your internal organs.

It is significant. It takes its toll and we are not weaker for admitting that. We are weaker for pushing on regardless and not addressing the bigger issue – why employers seem determined to think we are lesser employees as a result of having a child. As a result for asking for a hint of flexibility so we can work more, not less for the bigger business picture. To cut back the daily commute in favour of clearing emails and tackling administrative issues ahead of powering on.

That somehow we have a talent lobotomy among the lactation biscuits and Sophie La Girafe chew toys.

How, after years of GCSE-swatting, work experience-gaining, low-paid training, unfettered drive and determination, we suddenly transform from worker bee to Little Miss Muppet in an employer’s eyes the minute the pee hits that stick.

How after keeping a small human alive using a mammary or a bottle and sheer grit and determination during relentless sleepless nights, you are considered less capable.

390,000 pregnant women in the UK have sat opposite their boss and been tossed aside for simply procreating. It’s ironic that you look at the person saying “we have an exciting new role for you”[read: you have been demoted because you popped a sprog] or “I’m afraid we’ve had to make some redundancies” [read: you’re a ‘mummy’ so won’t mind] only to think, ‘you came from somewhere; you came from someone.’

And that someone is significant.

A few words from founder of Pregnant then screwed, Joelie Brearley:

“Mother Pukka and Pregnant Then Screwed have been in touch since October 2015 when Anna wrote a post about the work we had been doing to support women who encounter pregnancy and maternity discrimination. As parents who both want to see an end to pregnancy and maternity discrimination we are united in our fight. We are stronger together and Pregnant Then Screwed is proud to support Flex Appeal as well as all the other work Mother Pukka is doing to promote the rights of working parents whilst making them laugh along the way. Keep your eyes peeled for some exciting stuff coming up in the future including: a public demonstration, a Facebook Live and lots of supporting activities that will help working parents challenge discriminatory behaviour, while ensuring both the Government and businesses are forced to take notice of our needs.”

More about Pregnant Then Screwed:

Initially, Pregnant Then Screwed was a safe space for women to tell their stories anonymously, so we could shine a light on this issue. The response from mothers all over the world was incredible, the stories poured in alongside offers from people to help manage and promote the project. A fantastic employment lawyer offered her assistance so we set up a free legal advice line for women encountering discrimination. When the Equality and Human Rights Commission released statistics which showed that less than 1% of women who encounter discrimination raise a tribunal claim, we decided we needed to do more to help women access justice so we launched a peer to peer support programme. This pairs up women who have been through an employment tribunal with a woman who has started legal proceedings to act as a friend and comrade, to help her survive the difficult journey ahead. More recently we launched ‘Flexi-line’ a free advice line for parents who want to make a flexible working request. Alongside this we have been doing some campaigning which has gone down a treat – our #Givemesix campaign which asks that the government extend the time limit to raise a tribunal claim from 3 months to 6 months for pregnant and postpartum women has over 54,000 signatures, has been signed by 71 MPs as part of Early Day Motion 1084 and has recently been included in the Labour Party Manifesto.

We want to continue to protect, support and promote the rights of parents who suffer the effects of workplace discrimination and over the coming months we plan do more intense campaigning on legislative changes we think would decrease the numbers of women who encounter pregnancy and maternity discrimination:

2) Paternity leave to be increased to 3 months, paid at 90% of salary

7) Make all companies state flexible working options on job adverts. Instead of opting in to flexible working, companies have to opt out and they can only do this if they have a valid business reason for doing so 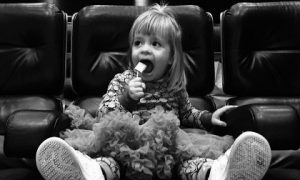 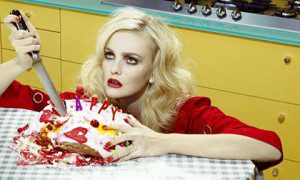 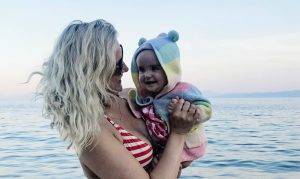 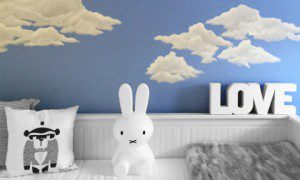